Rascal to Remedy Fungus on the Farm 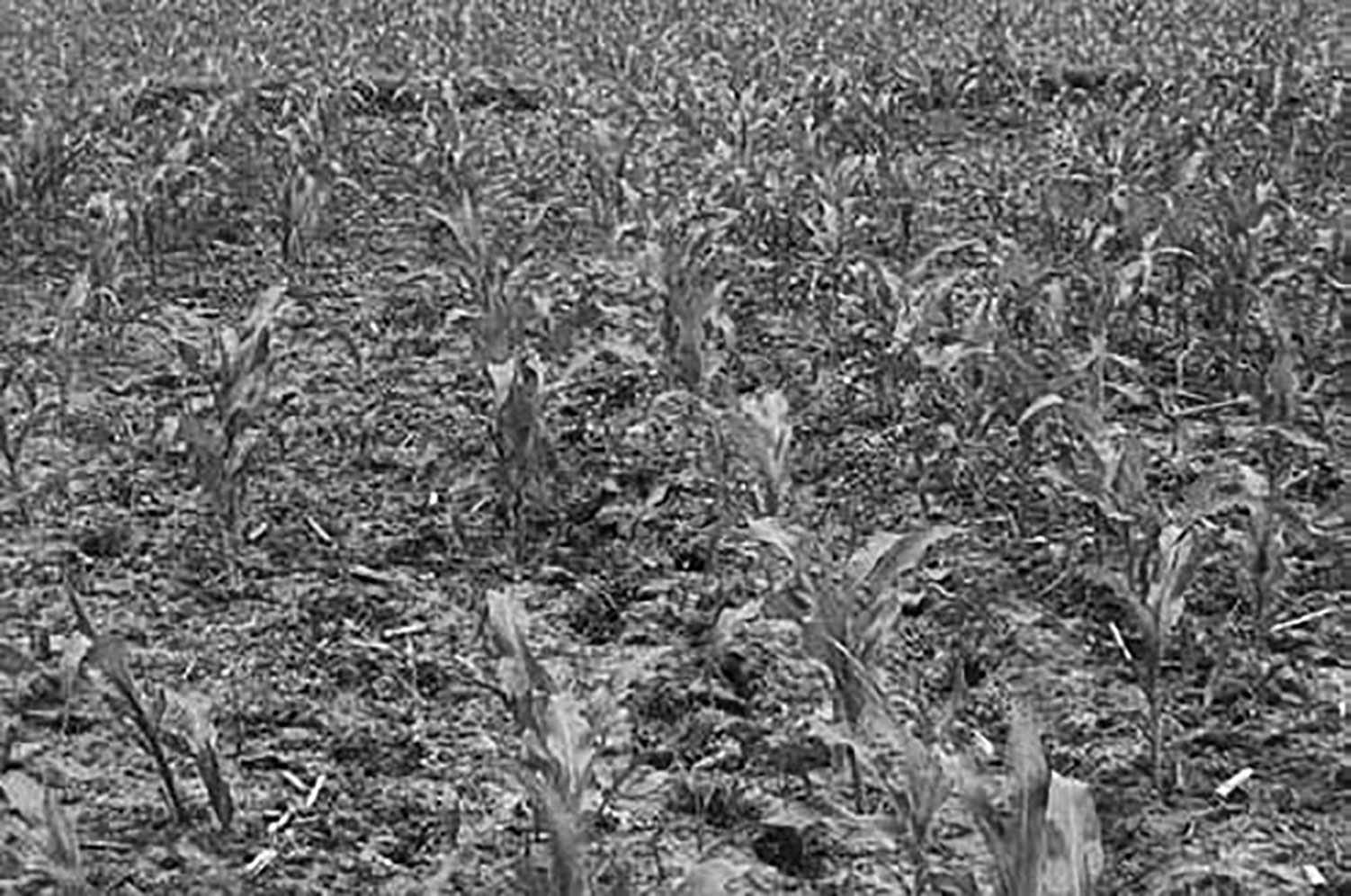 The ancient Romans had a legend about a malicious boy who tormented a fox by tying wheat straw to its tail and then setting the straw on fire. The Roman god of crop protection, Robigus, was so irritated that he penalized humanity with wheat rust, the fungal disease that leaves a farmer’s field looking as though it has been burned. For hundreds of years afterward, the Romans sought to pacify Robigus by sacrificing dogs or cows with the misfortune of being born with rust-colored fur. Modern farmers make sacrifices over crop diseases, too. Often profits are sacrificed to prevent damage from a host of fungal rascals with names such as black rot, club root, sclerotina blight, wire stem, sudden death syndrome, brown spot, charcoal rot and head blight. Not all fungal players are destructive, though — opportunities also exist to harness beneficial fungi as remedies for these costly agricultural rascals. The many well-documented benefits of mycorrhizal fungi include improving crop nutrients, water uptake, disease resistance, carbon content and soil structure. These fungi can also improve crop yields and decrease costs for fertilizer and water.

THE FUNGUS RASCAL
Robigus, the god that brought us fungus, can be a rascal with a real appetite. While urban dwellers fear common maladies such as itchy toes and moldy bread, farmers face far more serious fun-gal diseases that can inflict widespread damage on a farm. For example, scientists estimated soybean disease losses for the 1994 crop from 10 countries with the greatest soybean production. The total loss of yield due to disease was 14.99 million metric tons, valued at a whop-ping $3.31 billion.

Certain Fusarium fungal species are among the most dangerous cereal crop diseases in the world, with a dramatic in-crease of infection witnessed in the early 1990s. The ability of this disease to form toxins poisonous to both humans and animals makes it a serious problem.

Another disease, damping-off, caused by Pythium and Rhizoctonia fungi, affects agricultural seedlings growing in flats or in the farmers field. Damping-off disease attacks young seedlings just prior to emergence or topples them a few days after-wards. When older seedlings are attacked by Rhizoctonia, the lower stem becomes constricted, turning dark-brown near the soil surface, a symptom called wire-stem. Affected plants may die when stressed, break in strong winds, or produce a stunt-ed, unmarketable crop. David Weller, a re-search leader with the USDA’s Agricultural Research Service, characterizes this condition as “a tremendous challenge.”

Weller estimates that in the Pacific Northwest, a complex of root diseases including Rhizoctonia, Fusarium and Pythium routinely steals 10 to 15 per-cent of conventionally grown wheat and barley yields. In direct-seeding crop systems, losses can exceed 50 percent.

Phytophthora, the notorious root dis-ease that caused the Irish potato famine, today remains the cause of annual crop losses amounting to tens of billions of dollars. Beginning in 1845, the six-year potato famine killed over a million men, women and children in Ireland and forced another million to flee the country. Phytophthora — from the Greek phytón, “plant” and phthorá, “destruction” — translates literally to “the plant-destroyer” and continues to plague a wide variety of crops globally without an effective means of chemical control.

THE FUNGUS REMEDY
We can never purge the world of fungi, of course, nor would we want to, for within this world also reside the very remedies for the rascals. In the taxonomic hierarchy, kingdom is the highest echelon. There are five kingdoms among all living organisms, and our fungal friends represent one kingdom unto themselves. The others are animals, plants, bacteria and protists. Scientists have described some 100,000 species of fungi, and experts estimate that over a million remain to be discovered.

Fungi have influenced our lives in ways we often take for granted. We can thank the fungus Saccharomyces, known as baker’s and brewer’s yeast, for that loaf of bread and jug of wine. When recovering from infection, we can frequently thank the common soil fungus Penicillium. When Alexander Fleming discovered penicillin, he was trying to perfect an antiseptic formula based on nasal mucus. The nasal mucus formulation never did materialize (we can all breathe a sigh of relief!), but his unforeseen discovery of antibiotics changed the world (not entirely for the better, as it later turned out).

Fungi also have a flair for symbiosis — the ability to establish cross-kingdom relationships in which they are fed plant-produced sugars in exchange for bestowing their partners with new powers. Under natural conditions, plants live in close symbiotic association with a group of soil organisms called mycorrhizal fungi.

These fungi colonize plant roots, essentially extending the root system into the surrounding soil. The quantity of mycorrhizal filaments present in soil associated with host plants is astonishing. It is estimated that several miles of these filaments can be present in less than a thimbleful of soil. The relationship is beneficial because the plant enjoys improved nutrient and water uptake, disease resistance and superior survival and growth.

It is this humble but critical association between plants and mycorrhizal fungi that keeps the whole show rolling in natural environments. Approximately 90 percent of all land plants depend on ture. Most important agricultural crops form the mycorrhizal relationship (with notable exceptions of the mustard family, canola, broccoli and sugar beets). Mycorrhizae attach themselves to plant roots and grow thread-like hyphae out into the surrounding soil, siphoning nutrient molecules and water back to the plant. A crop benefits from mycorrhizal inoculation by increasing the efficiency and utilization of added fertilizer and water.

Australian researcher Dr. Nick Malajczuk, manager of Mycorrhizal Applications Inc.’s Australian operations, says that in MAI’s estimation, mycorrhiza-inoculated cereal crops can thrive on about a third less fertilizer than crops that lack adequate fungal populations. Dr. Alok Adholeya, Director of Biotechnology from the Energy and Resource Institute in India, demonstrated in replicated studies that mycorrhizal inoculations at sowing resulted in a savings of 30 percent in fertilizer requirement. Significant fertilizer savings were achieved for important crops in the region such as potato, onion, pepper, garlic and straw-berry.

The roots of some mycorrhizal associations have been found to be resistant to infection by root-rotting fungi, offering yet another remedy. The source of resistance is probably a combination of factors. The mycorrhizal fungus may present a physical barrier to the pathogenic fungus while also producing antibiotics that limit growth of the pathogen. It is also possible that the mycorrhizal fungi stimulate the host plants to produce chemicals that inhibit the growth of any other fungi on their roots. Additionally, because the mycorrhizal fungi are so adept at capturing nutrients from the rhizosphere, limited resources remain available to support growth of the disease fungus. Research has shown that once a root is colonized by a mycorrhizal fungus, it is more resistant to infection by disease organisms.

Long fallows, heavy tillage and certain agricultural chemicals are known to kill or suppress mycorrhizae and other soil life. To overcome the damage to the “soil food web” that naturally creates and stores soil fertility, many convention-ally grown crops receive an excess of inorganic chemical fertilizers. The ever-escalating costs of these chemical inputs, many of which depend upon fossil fuels, are cutting deeply into conventional farming profits.

CARBON SINK
Perhaps the most significant part of this plant fungal interaction is the protective, carbon-rich sheath that forms around the hyphae of arbuscular mycor-rhizae. The sheath is made of glomalin, a substance only recently identified (in 1996). Glomalin is 30-40 percent carbon, which researchers think may account for much of the carbon stored in fertile soils.

Not only is it critical for carbon storage, but the higher the levels of glomalin found in a soil, the better its tilth (its desirable feel and structure), the less its susceptibility to wind or water erosion, and the better it seems to grow plants. This is particularly true in the Northern Plains region of the United States, where rangeland covers 43 percent of the landscape. More than 60 percent of these soils are highly vulnerable to wind erosion, which destroys soil and releases carbon dioxide to the atmosphere.

Studies on cropland and rangelands indicate that both tillage and fallowing — as is common in arid regions such as those in the Northern Plains — lower glomalin levels by destroying living hyphal networks. The networks are physically torn by tillage or are destroyed due to starvation during fallowing. However, this glomalin loss can be reversed. A greenhouse trial by Mycorrhizal Applications Inc. in Oregon found that mycorrhizal inoculation of tall fescue nearly doubled a soil’s rate of carbon increase in a year and that glomalin correlated significantly with the increase. Further-more, glomalin resists breakdown for seven to 42 years, making it a long-term carbon store.

FUNGAL STOMACHS
The defining personality of a fungus is gustatory. Whereas animals consume a meal first and then digest it internally, fungi do the opposite. After encountering a suitable food source, they release enzymes to break down the substance into a soupy mash of sugars and amino acids, dislodging nutrients which they can then absorb through the membranes of their filamentous hyphae. In a process similar to the way our own stomachs produce enzymes to digest food, mycorrhizal fungi release powerful enzymes into the soil that dissolve and capture otherwise elusive nutrients such as phosphorus, calcium, iron and other “tightly bound” soil nutrients.

This extraction process is particularly important in plant nutrition, explaining why non-mycorrhizal crops often require high levels of fertility to maintain productivity. By forming an intri-cate web that captures and assimilates nutrients, mycorrhizal fungi conserve the nutrient capital in soils. In non-mycorrhizal conditions much of this fertility is wasted or lost from agricultural lands. Mycorrhizal fungi increase nutrient uptake not only by increasing the surface absorbing area of roots but also by acting as a “stomach,” digesting much-needed plant nutrients.

CONCLUSION
Fungi are omnipresent, occupying every ocean, our atmosphere and Earth’s every land mass. It is true that some rascal fungi are “killers,” infesting and at-tacking living tissue, but the vast majority of fungi are benevolent, and in many cases, vital to the life forms around them. As we have seen, fungi can be both rascals and remedies to the farmer. While fungal diseases might impact the bot-tom line, mycorrhizal fungi can improve farm yields and serve as a low-cost solution to increasingly expensive chemical treatments. Certainly we can agree that recruiting the help of beneficial fungi on the farm is a preferred alternative to sacrificing rust-colored dogs and cows to Robigus.